It seems that there are a number of implementations of fitting several lines of text (of a specific size) into a rectangle and wrapping them (we wrote one too), but I was surprised that SpriteBatch.DrawString() did not have a form which does the more simple task of just taking a string and making it grow/shrink to fill a rectangle. 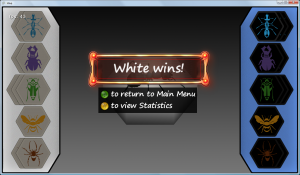 What I wanted to accomplish, was to take a (probably short) arbitrary string and make it as big as possible while fitting inside of a certain box on the screen. Specifically, I wanted to show who won in the Game Over screen for Hive.

So we specified a rectangle (shown in red around the text) and made the text change its size to fit in the box without wrapping, regardless of what that text might be.

I put this static method into a utility class I used a bunch:

Here’s how it handles some other inputs to try to fill the rectangle as much as possible without overflowing. The red box showing the boundaries is just for demonstration, it was removed from the last picture so you could see what this is actually meant to look like. 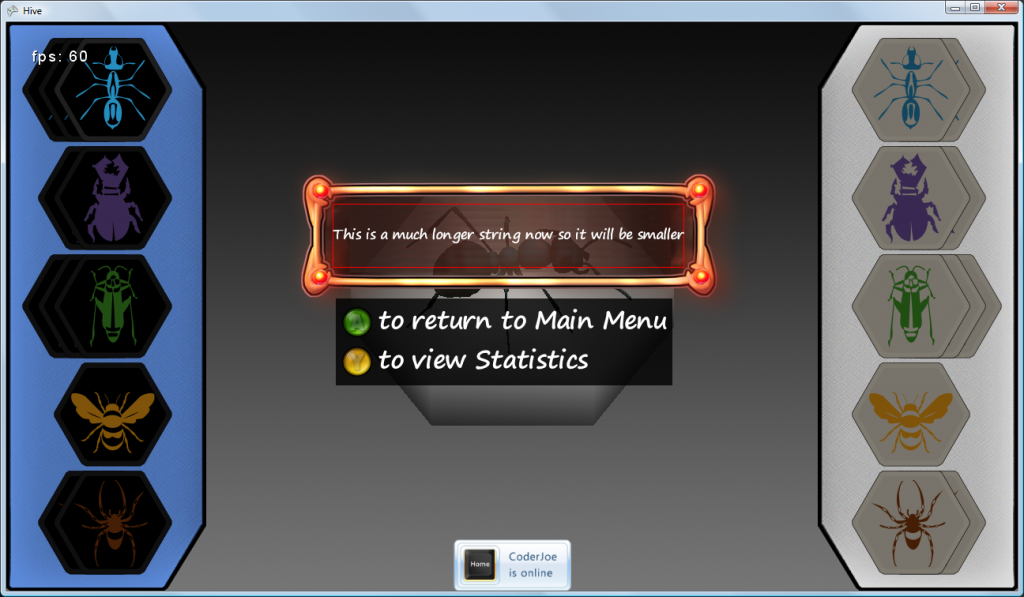 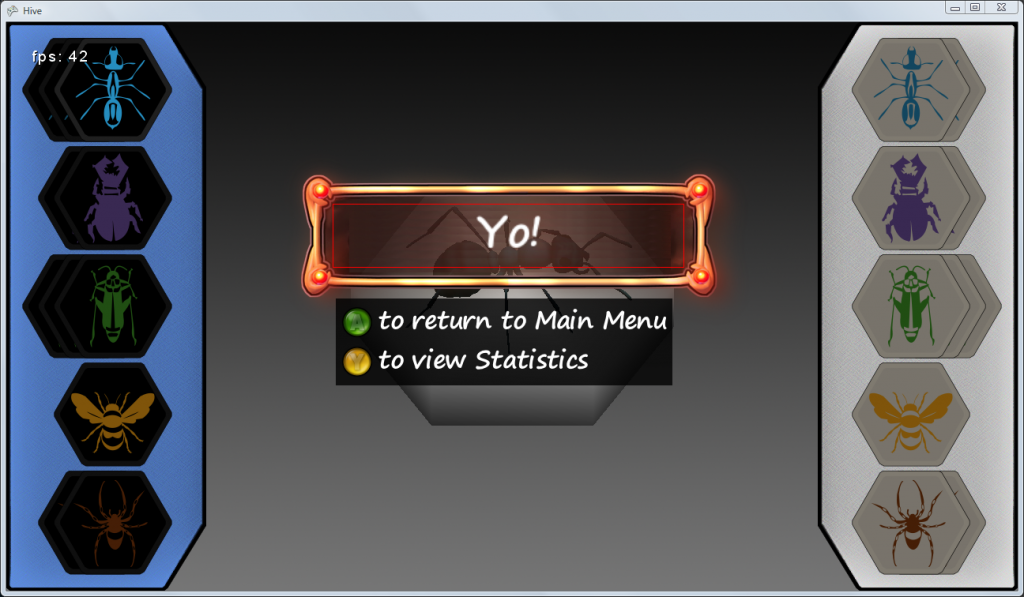 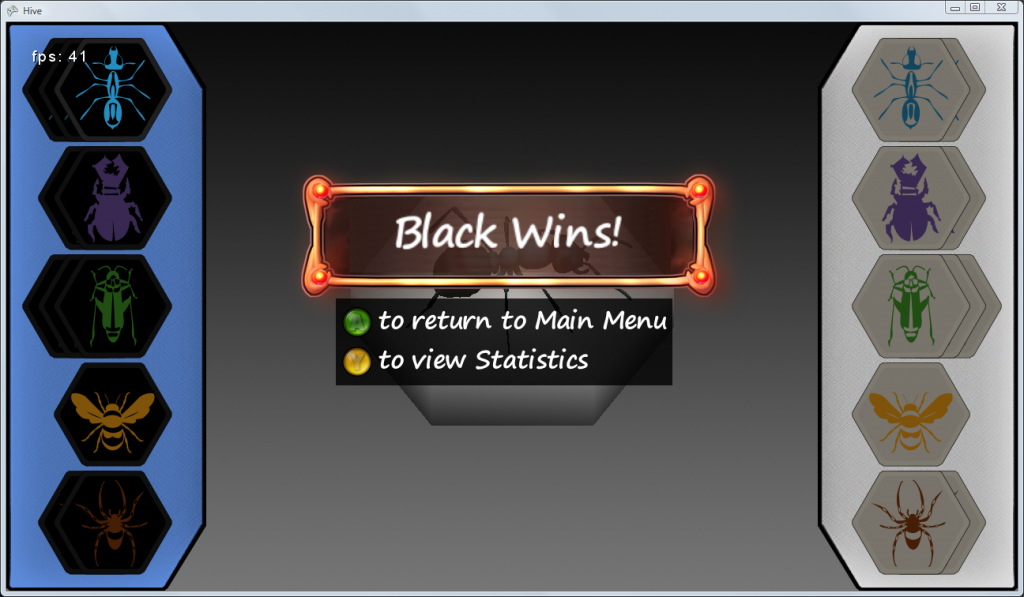