Our fourth game, “Simply Chess” is now available on Steam!

It’s just what it sounds like: Chess! We wanted to stick to the basics, but to provide a ton of play modes: local multiplayer, pass-n-play, 100 Levels of AI powered by the Stockfish engine, online play, and async play (correspondence chess) w/Steam Notifications. We are also striving to make it widely accessible, so we’ve released on Windows, Mac, and Linux simultaneously and we support keyboard/mouse/gamepad interchangeably at any time.

We launched it just less than a week ago and were immediately surprised by the amount of traffic it got. In one day, it had doubled the number of downloads that our previous best-selling game has gotten in 1.5 years!

With this army of 10’s of thousands of testers, the community was able to find a ton of bugs and feature-improvements so we’ve been pushing a bunch of updates nonstop! Steam handles the upgrade-process so new versions only require downloading about as many bytes as you download when you hit a website… so we’re releasing quite often.

Also, as a special thanks to our loyal fans… if you own all three of our other games, we will be updating the game so that you don’t see ads (basically: you get Premium for free).

We just want to say thank you to everyone who’s been playing & who has given us feedback on the game! It’s been a wild week and we’re expecting to cross the 100,000 downloads mark today! 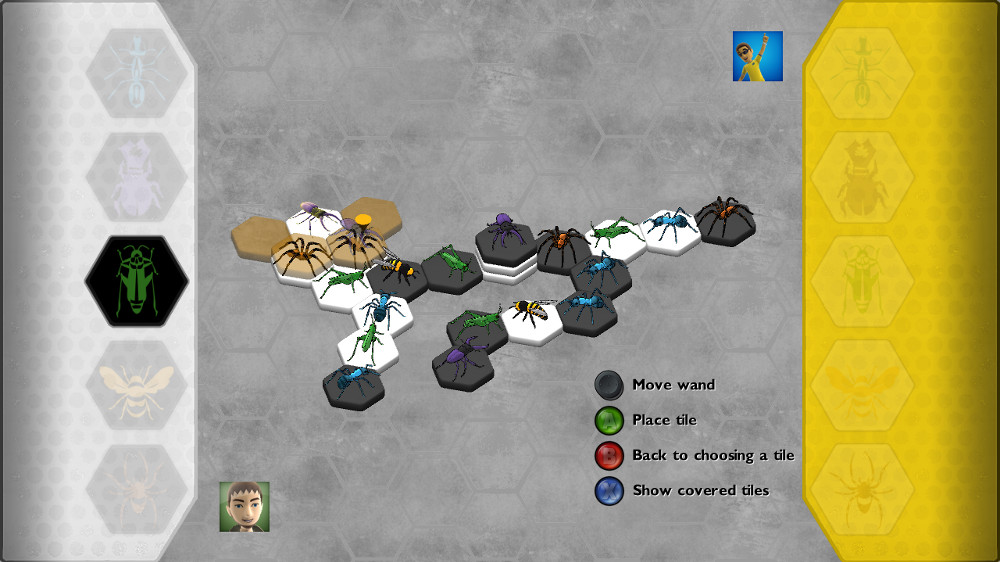 BlueLine’s first game release is Proximity for the Pokki platform! 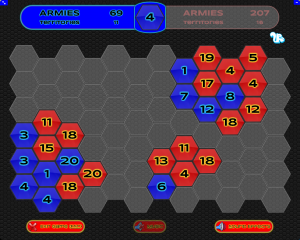 We’re still hard at work on our larger project, Hive for Xbox 360, but we took about a week and a half aside to make Proximity. The game was an entry for the Pokki 1UP contest which is currently going on.

Proximity is a territory-based abstract strategy game – like Chess… or Hive ;). You place colored tiles with a number of armies on them and try to conquer the surrounding territories. Also: the tiles are hexagons (we may be obsessed).

The game currently supports single-player vs. AI (the AI is pretty decent) and local multiplayer.

Pokki is a platform which wraps HTML5 apps and makes them downloadable and automatcially-upgrading & has an app-store. The contest is to make a game for the platform using HTML5 and other web-standards (flash is forbidden). There are 3 judged awards and a people’s choice award which goes to the app with the most active players by the end of the competition.

So far, most of the feedback is along these lines:

Please let us know what you think of the game in the comments! 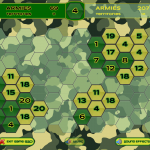 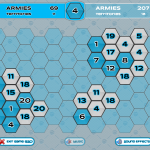 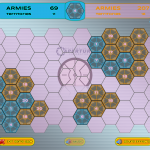