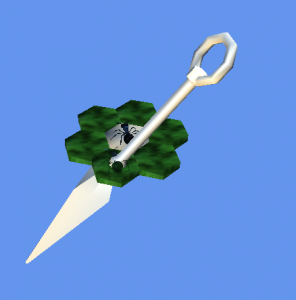 Something's not right about the placement of that cursor... good thing we're doing an Alpha test!

Development has been cruising right along on Hive. While we’re still a few months away from a final version, we’ve gotten to the point that the game is playable as local multiplayer “pass-n-play” (where you share the same controller).

Obviously that’s very limited functionality, but it’s a very important milestone. Right now, players can start to hammer on the game to make sure the rules are exactly as expected and that the controls feel right.

We know there are a lot of die-hard Hive fans out there, and we’d love to have your feedback while we continue to develop the game so that we can make sure to do justice to the boardgame.

That’s why we’re starting a private Alpha Test and asking anyone interested to apply!

Here is some more info:

Apply for the Private Alpha

If you’d like to be part of the Alpha, please do one (or more) of the following:
UPDATE: PLEASE NOTE THAT THE ALPHA IS OVER. THE GAME IS NOW AVAILABLE ON XBOX 360 AND ON STEAM!

Thanks in advance for helping us make sure that Hive for Xbox is the most amazing adaptation imaginable of the game we all love!
– Sean

* Download .NET for free here. Xbox doesn’t have a good way to let non-developers test games that are currently in development, but we can just build the game for PC and run the test there. We’d like testers to plug the Xbox controller into their USB port though, so that they can get a feel for whether the controls work right. Technically, you don’t need a wired controller if you happen to have a Wireless Gaming Reciever for Windows.
** If you want to be notified for all of our new game announcements and releases, please sign up for our mailing list.