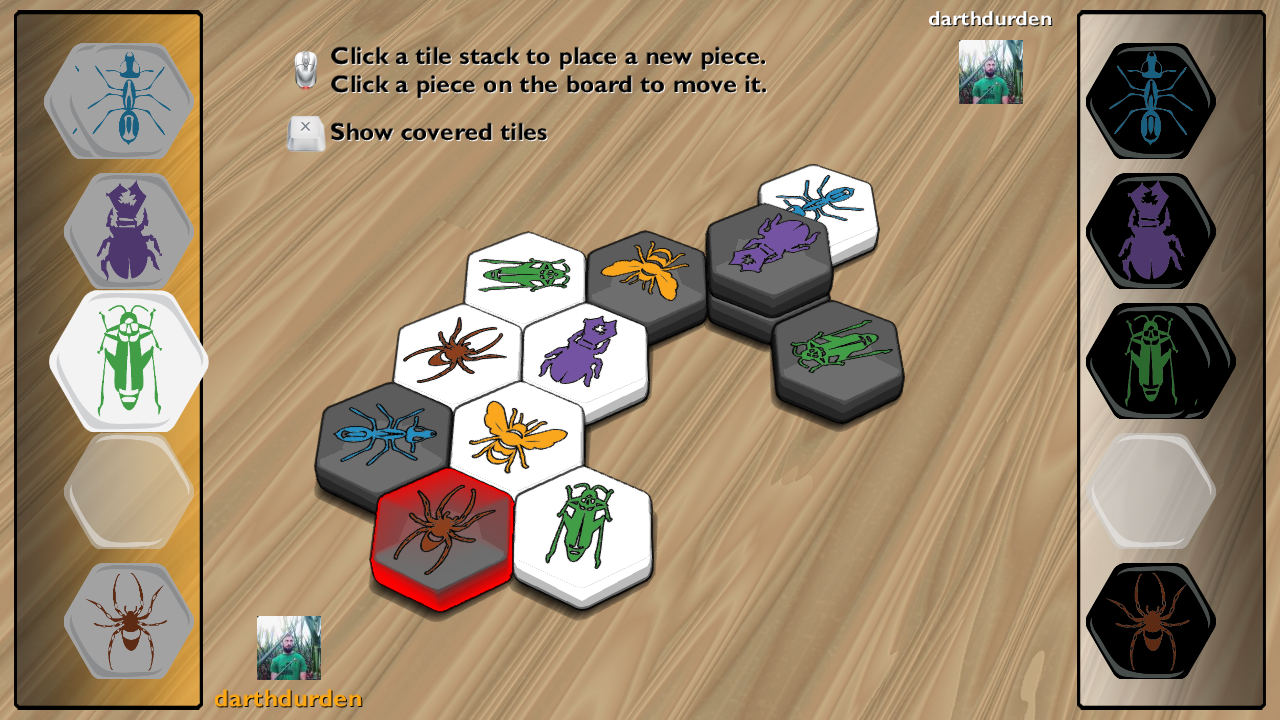 Today we are happy to say that we have launched a new build of Hive. This build has a number of AI tweaks that Sean mentioned in the previous post and will be talking more about in an upcoming post (edit: now posted). Another large piece of this update is an overall upgrade to the in-game look. We have received a large amount of feedback of how people would like to see the game represented, and we have listened.

First and foremost, we have upped the overall realism of the game pieces by making them to scale with the real life game pieces. The dimensions of the in game tiles should mimic the real life tiles precisely in proportions. This gives you a much more familiar look. We also have set the initial orientation of insects on the tiles to match the real world tiles to add to the familiarity. 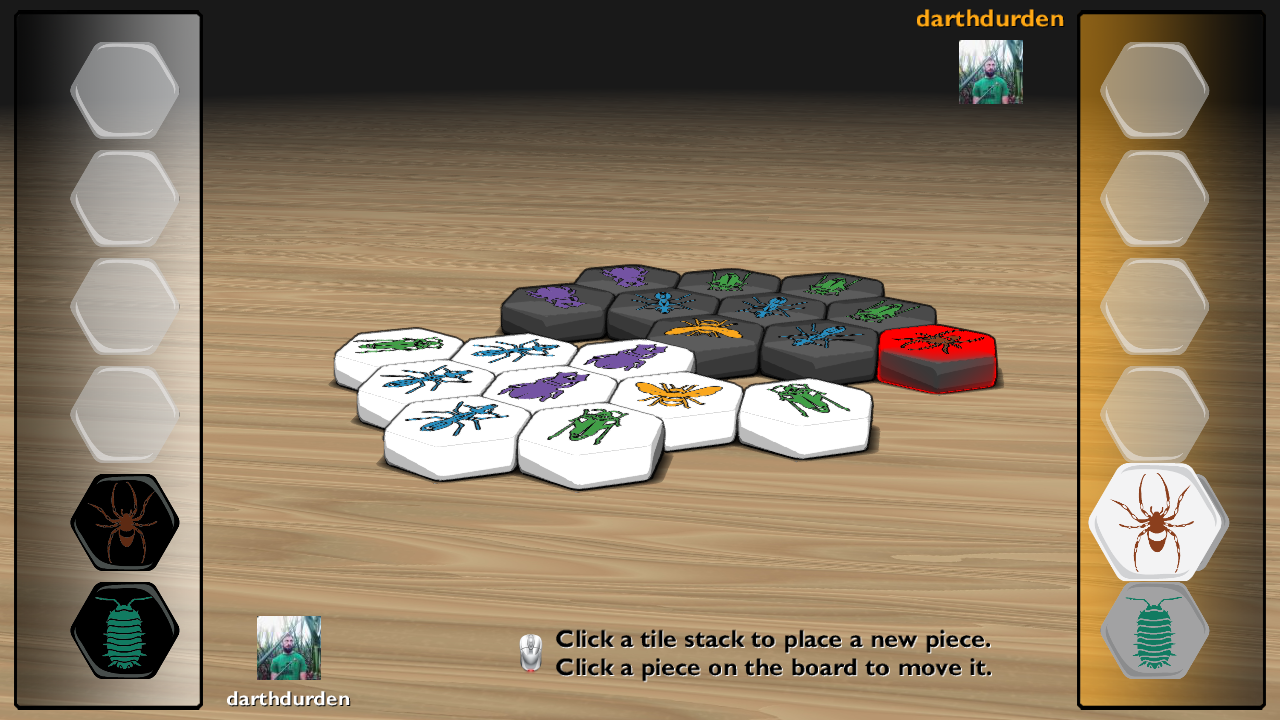 Another huge update you will notice immediately is that we have added a virtual tabletop. No longer do the pieces seem to float in space, they now rest on an unending virtual wooden table complete with shadows, giving a much more real world feel. We hope in the future to expand this even a little further and allow you to select from a variety of surfaces to play on. We may even go as far as allow custom table tops.

Finally, we tweaked the game piece HUD just a bit to give the game a little more room to breathe and to show off the new tabletop below just a little bit. 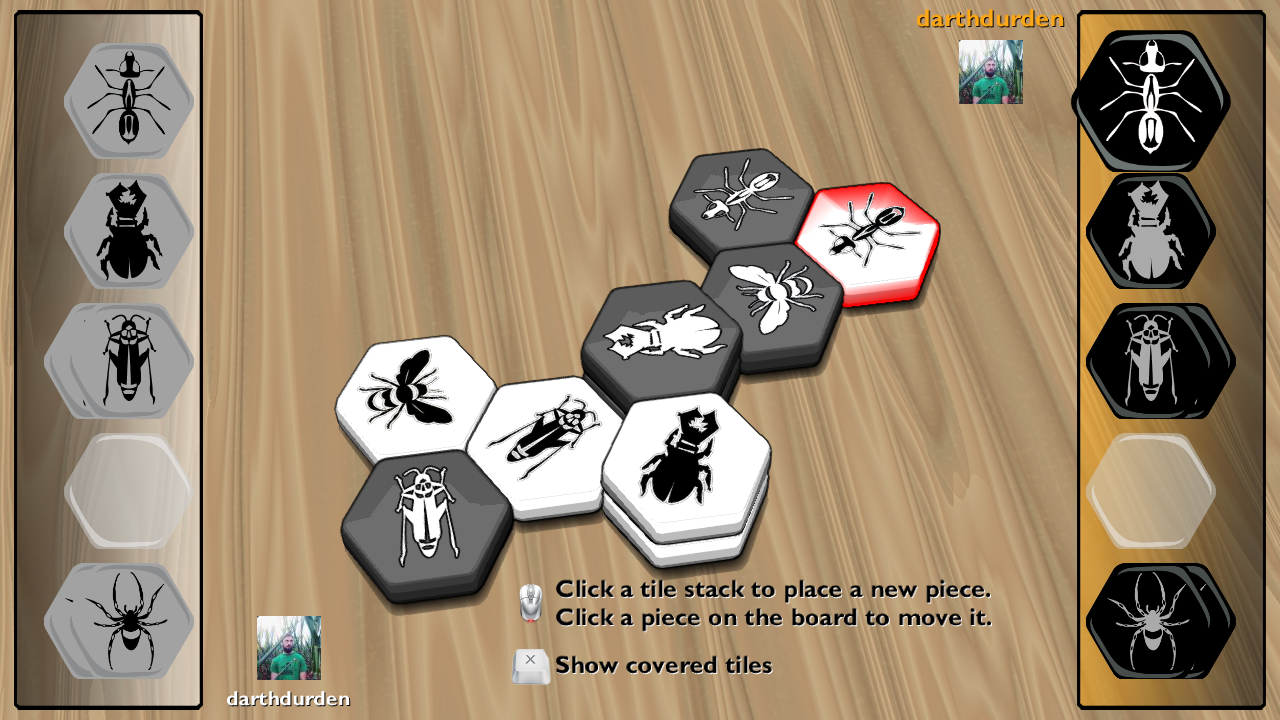 We hope you enjoy the updates!